A Race unlike any you’ve experienced before…

Picture setting off amidst a backdrop of the iconic skyline of San Francisco, passing under the golden gate and rowing away from the carnival atmosphere of the race village and out into the world’s largest ocean. Your last sight of land as you set off on this journey of a lifetime will be of the beautiful and imposing Farallon Islands and the world-famous Seal Rock, after which lies thousands of miles of open water. You will be at one with your boat, closer to your teammates than you ever thought possible, and experience nature in a way that no documentary or tour can ever replicate. Your team will be challenged, physically, mentally and emotionally, by the greatest force on earth; the Ocean.

In May 2021, the Great Pacific Race will take place for the 4th time since its inaugural year in 2014, building on the success of the previous campaigns that boast 16 successful teams, 48 successful rowers and 16 World records.

The new format sees us change start venue, from Monterey, CA, to the picturesque Sausalito, in San Francisco bay. The move means more favorable wind and currents, which will make for more exciting racing, and also aligns the course with one of the most prestigious offshore sailing races in the world, the Transpac.

As the end of the race approaches, you will begin to smell the tropical scents emanating from one of the most famous islands in the world. Every pull of the oar will bring you closer to the biggest sense of achievement imaginable, to awaiting celebrations, and more than likely to the sweetest tasting beverage your lips ever sipped. Hawaii awaits. 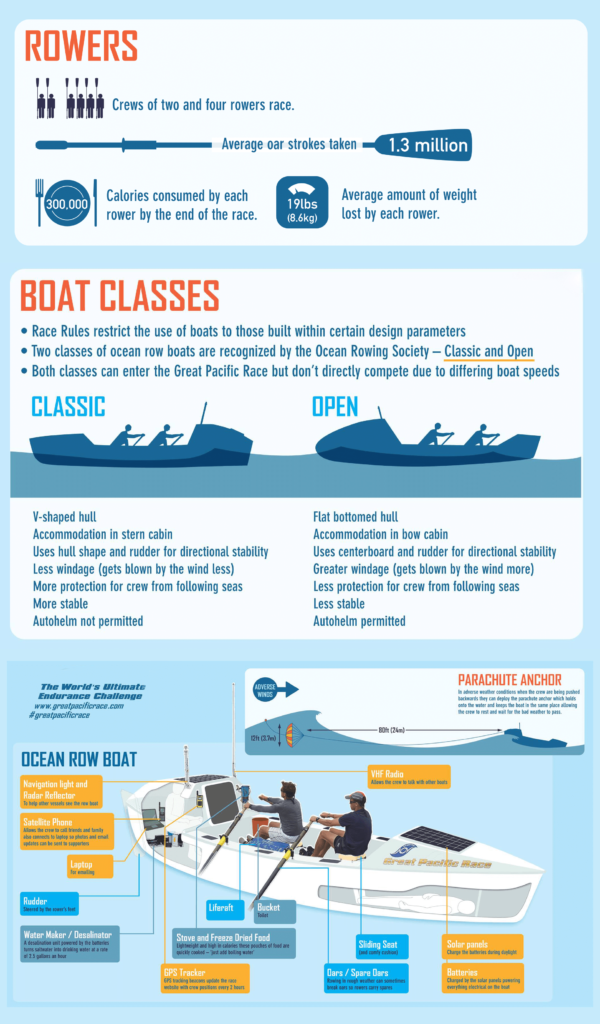